Suntree productions are casting for a young Male and female, between ages 19 to 28, to perform in an exciting new comedy adventure stage musical, entitled: ‘The Goodies, the Baddies and the Uglies’

When a weary, bedraggled old man staggers into a pub, somewhere in central Ireland, during the Summer of 1968, claiming to have been deliberately poisoned and to be literally only minutes away from certain death, he swiftly reveals to some of the colourful patrons of the pub, that he is privy to information regarding the whereabouts of a large stash of buried gold, just lying there in an old spooky, abandoned pagan graveyard, just waiting to be claimed.

This life changing revelation sets about an incredible madcap chain of events, involving the likes of a telepathic teddy bear, a gifted idiot and his two constantly bickering companions, a hideous old witch, an unscrupulous church reverend, a tight-fisted pub landlord, a fiendish villain, a debt ridden boyfriend with his frivolous girlfriend and her scheming overbearing mother, as they try to outwit one another on their perilous quest, to be the first to reach the ultimate prize.

All applicants must be committed, and be able to act, and sing very well.

Please go to www.suntreeproductions.com for some songs from the show

If interested, please reply with a bit of information about yourself, and if possible, a short video highlighting your ability as a vocal performer. Please reply to gazgreenfield@yahoo.co.uk. Auditions to follow. 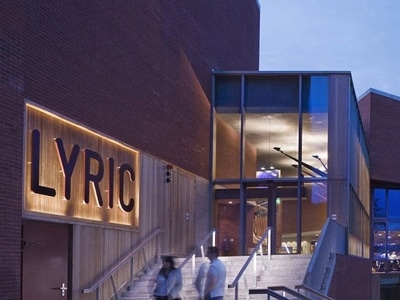 The Lyric Theatre are recruiting for their Board of Trustees