The Golson Scott Foundation, established as a Charitable Trust in July 1998 from the estate of the artist and sculptor Rachel Reckitt (1908-1995) is an arts-funding trust whose declared object is to promote, maintain, improve and advance the education of the public in the arts generally and in particular the fine arts and music.

The Trustees meet in early March, June, September, and December, though occasionally in late February, May, August and November. Those applications deemed suitable, after a first appraisal, are then considered at a quarterly determination meeting. Grants rarely exceed £3,000, and are given on a non-recurrent basis with some exceptions.

The trustees overriding concern is to support those projects that demonstrate and deliver excellence in the arts, be it in performance, exhibition, artistic craft, or scholarly endeavour.

Additionally where applications concern young people, the trustees are interested in a long-lasting connection between them and the art, rather than a project offering little scope for further involvement.​ 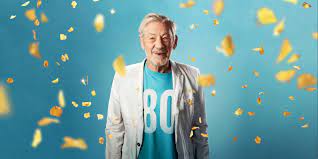