This panel discussion brings together key figures in the arts and creative industries and academic teaching staff on industry-linked courses in Drama and Cinematic Arts, to discuss and establish actions on developing ethical and practical processes for creating safer spaces across the sector, live or filmed, – in training, workshops, rehearsal and performance settings with students, actors and directors, and others.

Panellists will explore with the audience experiences that have created unsafe environments and share learning from current initiatives in education and industry.  The aim is to develop working processes that keep all safe, particularly when staging intimate scenes.

This discussion is important and timely and is for those working as educators in schools, Higher and Further Education; for those in the professional sector including actors, producers, directors including freelancers and those working in youth theatre & dance sectors, across drama, dance, film, and cinematic arts.

About Intimacy on Set

Ita O’Brien is the UK’s leading Intimacy Coordinator and founder of Intimacy on Set, which provides services to TV, film, & theatre when dealing with intimacy, sexual content, and nudity. O’Brien pioneered the role of the Intimacy Coordinator and since 2014 has been developing best practice with Intimacy on Set Guidelines, which have been widely adopted in the industry and championed by the TIME’S UP movement, Women in Film and Television and others, advocating for safe, fair and dignified work for everyone. O’Brien has worked on numerous high profile productions including Normal People (BBC3/Hulu), Sex Education 1&2 (Netflix), Gangs of London (Sky Atlantic), It’s A Sin (C4), Watchman (HBO), and I May Destroy You (BBC/HBO), and has been widely covered in the national and international media as the leading spokesperson in this groundbreaking space.

Dr Tanya Dean is Programme Chair for the B.A. (Hons) in Drama (Performance) in the Conservatoire of the Technological University Dublin. She received her Doctor of Fine Arts and Master of Fine Arts in Dramaturgy and Dramatic Criticism from Yale School of Drama. From 2015-2017, Tanya served as a committee member for #WakingTheFeminists, and was a Research Associate on the report, Gender Counts: An analysis of gender in Irish theatre 2006-15. Tanya is Script Associate for the Abbey Theatre, and has worked extensively as a freelance dramaturg in Ireland, UK, USA, and Iceland.

Dr Lisa Fitzpatrick is Senior Lecturer in Drama at University of Ulster in Derry. Her work is concerned with violence, post-conflict theatre, and gender, and she is the author of Rape on the Contemporary Stage (2018), as well as edited collections Performing Violence in Contemporary Ireland (2010) and Performing Feminisms in Contemporary Ireland (2013). Her current work explores gender-based violence in conflict and post-conflict societies and involves a collaboration with Kabosh Theatre Company, Belfast. She is co-convenor of the Feminist Working Group at the International Federation for Theatre Research, as well as a founding member of the Irish Society for Theatre Studies.

Dr Declan Keeney is the Director of the Ulster Screen Academy at Ulster University, Belfast, Northern Ireland and is an award-winning filmmaker and academic. He has nearly 25 years of broadcast media experience, including 13 years on staff at the BBC, and was previously Senior Lecturer and Subject Lead in Broadcast Production, a department he established at the Sonic Arts Research Centre, QUB, in 2017. His core research interests are in Virtual Production, XR and VR for film and broadcast real-time production pipelines. He is a co-investigator on the AHRC project Future Screens NI, and he is Creative Director at Island hill Productions. His latest project is a Virtual Reality documentary film funded through PEACE IV and managed by the Special European Union Programme’s Body.

Caoileann Curry-Thompson is a theatre artist and dramaturg, and is currently Acting Head of Drama and Dance Officer with the Arts Council of Northern Ireland. In her 20 plus year career she has worked in an array of areas of theatre and theatre research, ranging from performance and stage management, to university teaching and academic researcher, with a considerable amount of other stuff in between. She has a PhD on the theatricality and performativity of Stewart Parker’s theatre, from QUB. She is a mother of three, carer, married to a writer, dog and cat owner, feminist and atheist.

TDNI are committed to the Health & Safety of our staff, members and the general public. If Covid-19 restrictions prohibit the in-person sessions within this series, the training will be rescheduled. Whilst the government guidelines have been eased, to protect everyones safety, and given the nature of some of our workshops, we will still require participants who are attending in person to provide:

Proof of a negative Lateral Flow Test taken no more than 12 hours prior to the event. This result should then be sent to Molly at projects@theatreanddanceni.org. Please be aware participants may be asked to take a lateral flow test on arrival to the building if no prior information has been provided.

WHILST ATTENDING ACTIVITIES, REMEMBER SAFE DISTANCING. FOLLOW ALL DISPLAYED COVID 19 HEALTH AND SAFETY INSTRUCTIONS LAID OUT IN THE BUILDING.

This series has been supported by Arts Council of Northern Ireland and NI Screen. 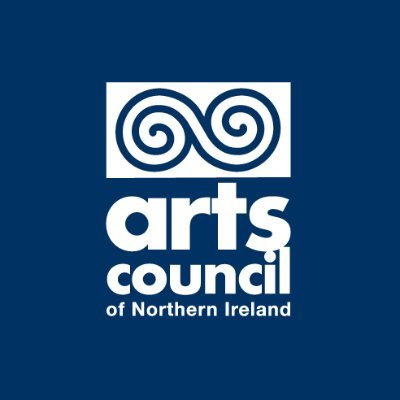 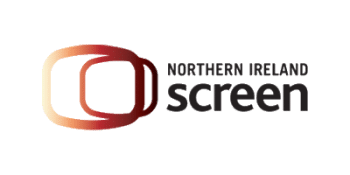